Ghassan Hage is Professor of Anthropology and Social Theory at the University of Melbourne and the RCMC Distinguished Fellow of 2018. Wayne Modest interviewed him about decolonization and multiculturalism in relation to the museum.

Now you are with us here at the Research Center for Material culture which is a research institute within the Tropenmuseum, Museum Volkenkunde and the Afrika Museum and now recently we have taken on the Wereldmuseum in Rotterdam, now as museum institutions - what we now call ethnographic museums or anthropological museums - we have been struggling for the last 30 or so years with critiques of our practices of collecting our relationships to the colonial project, or forms of representation. And it seems impossible for museums to escape this idea that there are old colonial structures that cannot be decolonized. Now anthropology as a discipline, the discipline which emerged in relationship to our museums or from which we emerged, has in some ways been a colonizing project. Could you describe a little bit what anthropology has done or has been doing to change? And what do you think might be the possibility of our museums to change or are we hopeless?

GH : This of course I have at least three hours to answer right?

Well first of all, I think, personally I am a bit ambivalent about the notion of decolonizing the museum or decolonizing anthropology to the extent that I think that colonialism is still with us. As my late friend Patrick Wolfe has said: colonialism is a structure, it is not an event. And the difference between colonialism as event and colonialism as an structure is the difference between thinking that colonialism as something that happened in the past and as something that we are still dealing with - its effects - today. And so decolonisation becomes the idea of how can we treat the effects of colonialism on things that we are using today, effects that happened in the past when colonialism happened. But if we think that colonialism is a structure which is continuously renewing itself and is still with us in a variety of forms, then to me the idea of decolonising anthropology or decolonising the museum sometimes (I’m not saying it necessarily has to mean this) - can mean something like thinking: ok how am I going to remove an institution from the structure of society? Because society is colonial.  So why should we aim, in a colonial society, to decolonize the museum or decolonize anthropology?

It seems to me that the aim should be: in what way can the museum or in what way can anthropology help the forces of decolonization? Not in what way can they be decolonized, as in, ok we decolonized the museum; now whoever is still colonized can go and look after themselves. So in a sense, yeah, I prefer the idea of: in what way can the museum be weaponized in the struggle against colonialism, not in which way it can be decolonized? So I think as far as what the processes of decolonization in anthropology that have been happening today - and a lot has been happening with what people call postcolonialism, decolonialism, decolonization, decoloniality - each one has almost become like the Trotskyist party. Like each one differs from the other in one little thing and everyone thinks it is the most important thing in the world. But I think on a whole, in anthropology, the biggest and most important move has been the move away from anthropology thinking that it is itself the only discipline which has been non-racist to the extent that it has been the only discipline which said: I’m going to take ‘the other’ seriously. And I think that’s true, that anthropology throughout its history is the discipline that said: “these people might look to you that what they are doing is totally weird and has no relation to religion, but I’m actually going to take them seriously, and I’m going to say what they are doing is religion even if you don’t think of them as monotheistic religion. I’m going to take seriously whatever they do, shamans, etc., forms of economy, forms of kinship, etc.” So I think taking the other seriously is the most positive thing that anthropology has done, and as everyone knows, this was made possible by colonialism. This is the contradiction: that the only way you could actually know the other in this superior mode of ‘let me know you’, was because anthropology was part and parcel of the colonial structure. But I think it is very crucial not to throw everything out and just say, “anthropology is the product of colonialism.” And ok, it is the product of colonialism, but it is also the product of the first western people who really said, I’m going to take otherness seriously. I would like to retain this idea that anthropology is the discipline that takes otherness seriously.

But the most important shift that has happened today, is this: that from thinking religions, plurality of religions, plurality of modes of economic exchange, plurality of forms of kinship, that from thinking that anthropology’s role is to think otherness, it has increasingly shifted towards how can it think in another way. That is very crucial, because the first step has been that anthropologists always used to say: “we are not racist because we are interested in other cultures” but they never questioned the verb, interested.

What does it mean to be interested and how are you interested? They were always interested in a western point of view, even though they were interested in other cultures. And today the anthropologist’s main task is to say: “while it is very good to go to the shaman and say, my western thought is capable of taking you seriously and analysing you, are you [the anthropologist] willing to think the possibility that shamanic thought can analyse you?” So it is no longer about the other being the object of research but being that which you think with. And that, to me today in this discipline that people call comparative cosmology, that is I think where the most avant-garde and most philosophical, if you like, aspect of decolonisation is happening. 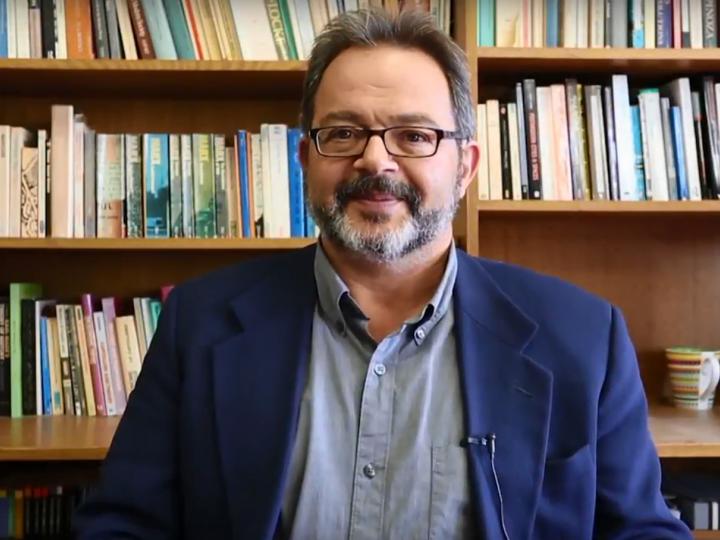