The Way Out of Slavery: Freedom as Joy

The RCMC and the Decolonial Summer School Middelburg welcome Professor Jean Casimir to deliver a lecture about resistance and resilience by the enslaved in the French colony of Saint-Domingue, and to critically reflect on the exhibit ‘Afterlives of Slavery’.

Captives from Africa introduced in the French colony of Saint-Domingue resisted enslavement and transformed the richest colony of the 18th century into an independent country in 1804. “The way out of slavery: freedom as joy” invites students into a conversation where the accent is on the agency of the enslaved who modifed the conditions of living imposed upon them and created a new nation, enjoying every step of their victory and their creation of a new life.

Jean Casimir is Professor at the University of Haïti (UEH), where he is affiliated with the Department of Human Sciences. His major field of research and teaching is the history, culture and society of Haïti and the Caribbean. He has held academic positions at Stanford University, Duke University and the University of the West Indies and served for several years as UN officer for the Economic Commission for Latin America and the Caribbean and as Haïti’s ambassador to the United States. His publications include La Culture Opprimée (1981), La Caraïbe, une et divisible (1991) and Haïti et ses elites, l’interminable dialogue de sourds (2009). 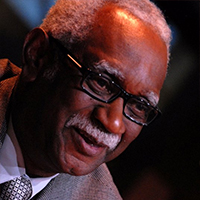