In this object analysis Dr. Ashley Coutu, Research Fellow at the Pitt Rivers Museum and one of the partners in the Taking Care: Ethnographic and World Cultures Museums as Spaces of Care Research Project, describes a Polynesian cloak of Feathers and its relation to endangerment. This piece was originally written for the Caring Matters conference.

A similar cloak is on display at the exhibition A Sea of Islands, Masterpieces from Oceania at Museum Volkenkunde.

The Pitt Rivers has 208 objects from the Hawaiian Islands and countless more created in other Polynesian island groups.  Brilliantly coloured feathered cloaks such as this one embody the heavenly status and spiritual power, or mana, of the chiefs. In a land with abundant natural resources, bird feathers were great treasures. Feathers from honeyeaters/o’o and two species of honeycreepers/mamo and ‘I’wi, were used to make this vibrant cloak. Feathers were reserved exclusively for the chiefs, and the most important featherwork were ‘ahu ‘ula, or symbols of Hawaiian royalty. In battle, they were spoils of war; great chiefs possessed dozens of cloaks, and they presented feather cloaks to people whom they held in high esteem, including European captains and explorers. Serving as symbols of chiefly divinity, rank, and authority, these cloaks were the greatest gifts that eighteenth and early-nineteenth century chiefs could bestow. But the ‘ahu ‘ula were not mere gifts: the chiefs used them to reinforce political and diplomatic transactions, solidify relationships, and engender obligations.  The feather cloak, or ‘ahu ‘ula, shown here, was presented by Chiefess Kekāuluohi to Sir George Simpson, a governor of the Hudson Bay Company, in 1842. Kekāuluohi was the Kuhina Nui, or, premier, of the Kingdom of Hawai’i, and was second in power after King Kamehameha III.  She gave the cloak to Simpson to present to his wife Frances Ramsay Simpson, which raises questions of gender and power in this transitional time in Hawai’i. 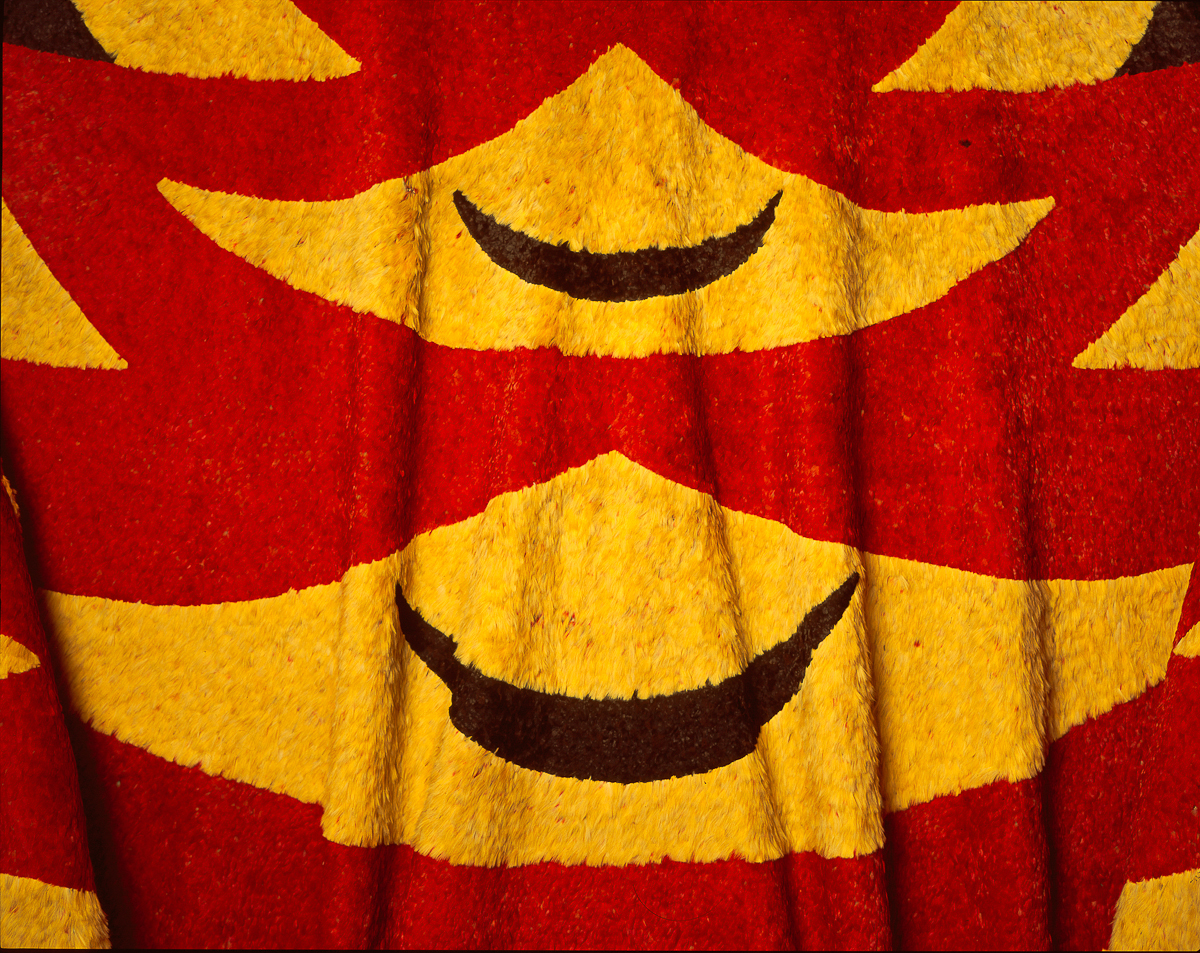 More than two-thirds of all Hawaiian bird species have gone extinct since humans populated the archipelago. The majority of yellow feathers used in Hawaiian feather work are from honeyeaters/o’o and the Hawaiian honeycreeper/mamo, which became extinct in 1934 and 1898, respectively.  Most of the red feathers used in making these cloaks were harvested from the scarlet honeycreeper/‘I’wi, which is currently categorised as vulnerable and declining across its known habitat range.  Reasons for these extinctions and declines are complex and include a suite of interacting factors, including habitat degradation and loss due to human activities and invasive species, introduced predator and competitors, and introduced avian diseases and disease vectors.  Rising temperatures due to climate change also accelerates the spread of avian malaria and pox virus, as it expands the disease transmission zone. The Hawaiian featherwork thus reminds us of the ecological loss that has occurred from the 19th century to today, and the impending loss of these species in future.

Because honeyeaters/o’o and Hawaiian honeycreeper/mamo are extinct, no living tissue of these species remain on the planet.  Therefore, the feathers of the cloak in the Pitt Rivers are a biological artefact of an extinct species, a repository of ecological knowledge contained in the billions of strands of DNA and preserved in all of the molecules bound together within each feather.  The genetic code of the extant honeycreeper/‘I’wi has been studied, and shown to have evolved in an extraordinary way, adapting the shape of its bill and evolving into several different types not seen anywhere else in the world.

The cloak is also endangered in the museum, as moths which live in the fabric of the building attempt to nibble away at it over time.  Even though the cloak is behind glass, it is difficult to keep the moths away, waiting to feast on the thousands of tiny, delicate feathers.  The Pitt Rivers conservation team check moth traps frequently and assess the cloak for moth infestations.  However, it is an ongoing, and uphill battle. Visitors who find the case with the cloak in the museum do not see it immediately.  The cloak is hidden behind thick, heavy velvet panels which have to be pulled away to reveal the object behind the glass case, lit from above and suspended from a mount.  Visitors thus reveal the cloak themselves in its splendour, but probably do not realise that they are witnessing the slow loss of the cloak, second by second, due to environmental hazards, even in the carefully controlled environment of the museum.  Visitors are not only facing the slow loss of the object over time, but also the loss of making, wearing, and receiving these cloaks within Hawaiian culture.  The object has been through many journeys, and its layers reveal its many histories.

This incredible object thus teaches us about endangerment on many levels; and we celebrate it as it does so. 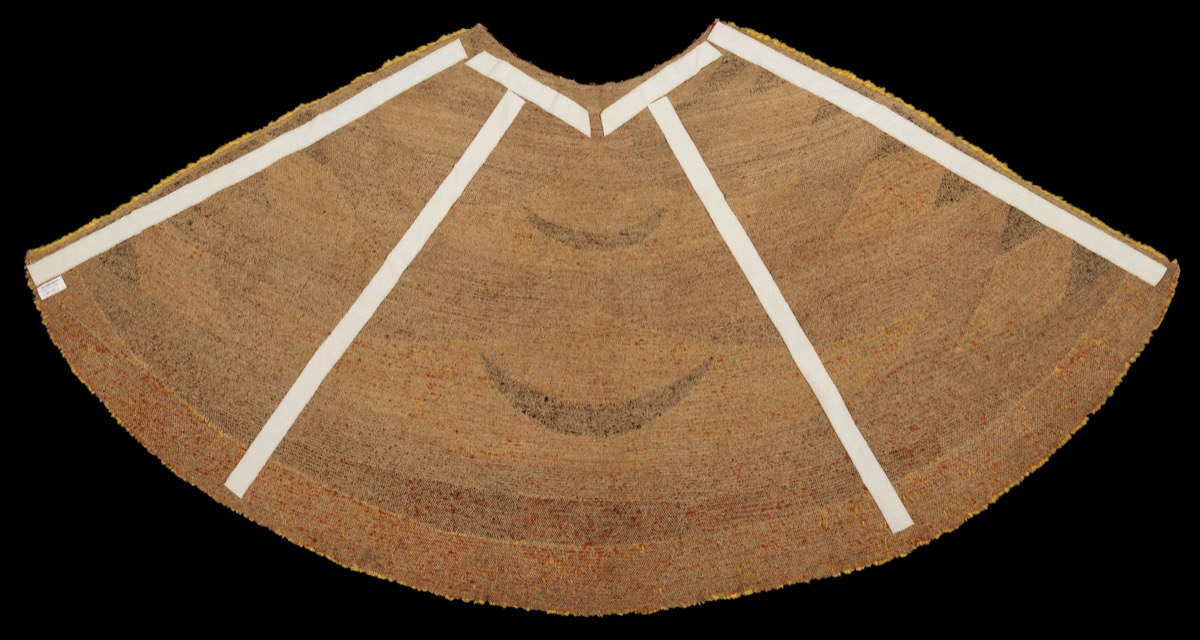 Ashley Coutu is an archaeologist and Research Fellow at the Pitt Rivers Museum, University of Oxford.  Her research on the African ivory trade draws on historical ecology as an approach for understanding the relationship between humans and elephants in the past and present. 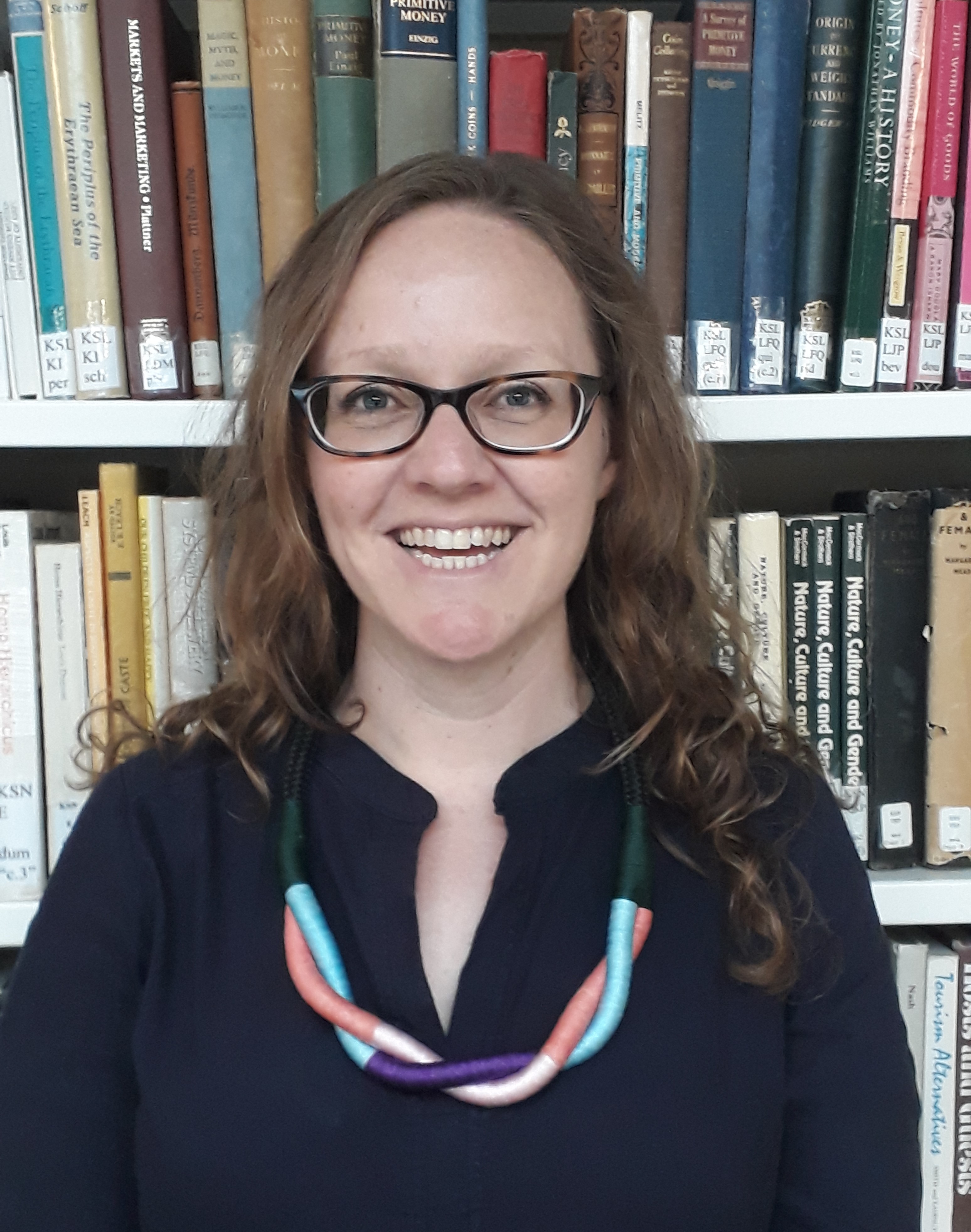 Dr. Ashley Coutu, Research Fellow at the Pitt Rivers Museum and one of the partners in the Taking Care: Ethnographic and World Cultures Museums as Spaces of Care Research Project

This blog is an outcome of the Tholenaar va

In this object analysis Niall Martin describes a Quechan pottery canteen and considers how the pot might act as an invitation, or a provocation, to think more generally about the stories that can be told about practices of care both within and beyond the institution of the ethnographic museum.
Link
Illustrations to Shahnama manuscripts in the National Museum of World Cultures, Netherlands